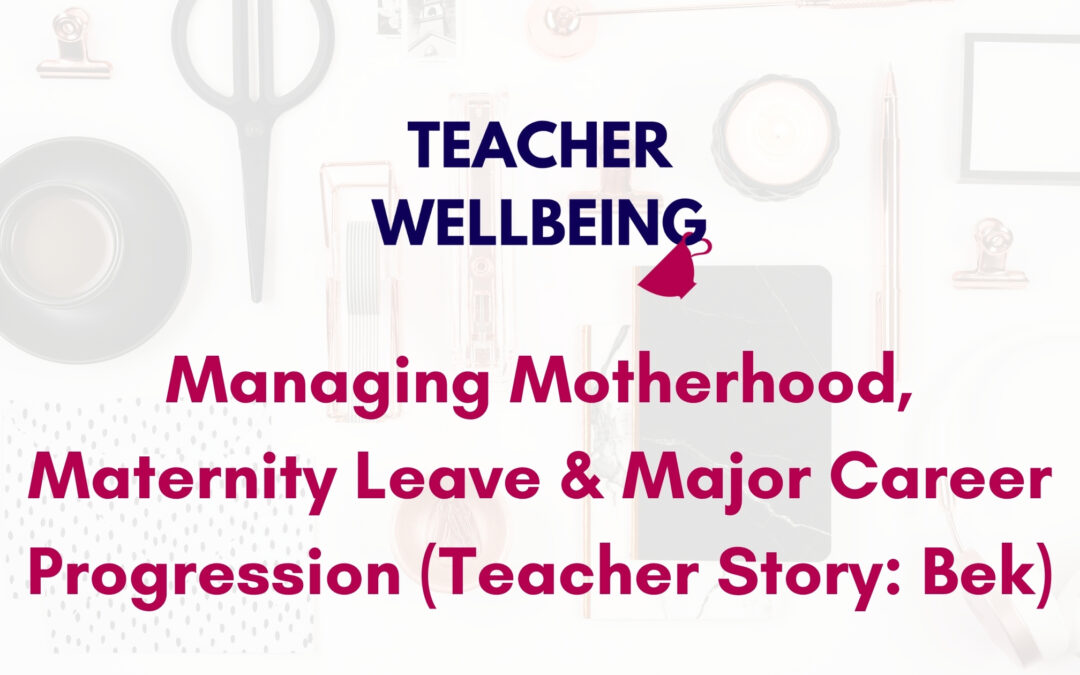 This episode is a brilliant follow up chat with Bek, who is a teacher you may remember from Episode Three of the very first season of the podcast.
Way back in the beginning of 2017, I spoke to Bek about her journey of finding more personal wellbeing as a teacher and treating herself like a person first and a teacher second. And at the end of 2019, we caught up with a bit of an update.
Bek shares her story of how her journey progressed and how her wellbeing and health habits had to shift and tweak after she became a mum and also got a promotion at work. And she is now a mum to two little boys.
So at the time we recorded this, she was just about to go off on her second lot of maternity leave. And at the time this episode is released she has just finished that second lot of maternity leave.

Links mentioned in this episode:

Have questions, comments, episode ideas or want to volunteer to be a guest on the show?